A Song of Their Own - Female Singer-Songwriters of the 1970s

Essential Question: What did the success of the female Singer-Songwriters of the early 1970s reveal about the changing roles of women in the United States?

By the early 1970s, many young, middle-class women who were born during the Baby Boom, nurtured in the economic growth of the post-World War II era, and came of age during the tumultuous decade of the 1960s increasingly sought liberation from the traditional roles women were expected to play in American society. These women increasingly wanted a greater voice both within and outside the home. They sought entrée into decidedly male-dominated professions and advocated for greater control of their own bodies.

The emergence of a successful group of female Singer-Songwriters in the early 1970s – Joni Mitchell, Carole King, Carly Simon, Janis Ian – both reflected and advanced this growing spirit of female empowerment. Yes, women had always played a role in American popular music, from Folk artists Joan Baez and Mary Travers (of Peter, Paul and Mary) to Jazz vocalists Sarah Vaughan and Ella Fitzgerald to the “Girl Groups” of the early 1960s. Composers and lyricists such as Ellie Greenwich and Cynthia Weil had worked behind the scenes writing songs that propelled other artists to stardom. But the new female Singer-Songwriters were different: they typically sang songs that they themselves had written, often autobiographical in character. They frequently performed them with their own piano or guitar accompaniment. And because of these factors, there was an increased sense of intimacy to the performances. Different from many earlier female vocalists, the Singer-Songwrters typically pushed for a heightened feeling of honesty and authenticity that meshed perfectly with the kinds of songs they were writing and singing.

Many of the Singer-Songwriters' songs focused, as earlier Rock and Roll songs had, on themes of romance and heartbreak. But the perspective now was that of a different femininity. In some cases, this new breed of Singer-Songwriter told of experiences only a woman could have. In Joni Mitchell's cryptic “Little Green,” from the critically acclaimed album Blue, she captured the sorrow of a young, unwed mother who feels compelled to give her child up for adoption. In “At Seventeen,” Janis Ian conveys a young girl's pain at being deemed an "ugly duckling,” challenging prevailing societal conventions of feminine beauty.

As feminist activists such as Gloria Steinem called for equal pay for women in the workplace and advocated for reproductive rights, the new female Singer-Songwriters demonstrated that they were the artistic equal to their male counterparts and could even surpass them in popularity. Joni Mitchell's album Blue achieved a level of critical and artistic success that few albums in history could claim. Carole King's 1971 albumTapestry became the most commercially successful album of her era, with its broad, personal appeal. Perhaps no one personified the change in women’s roles in popular music more than King. Co-writing with her then-husband Gerry Goffin in the early 1960s, King was one of the most successful songwriters of her era. But it was not until 1971 that she began to take center stage as a performer. The vast commercial success ofTapestry and other subsequent albums proved that the American public was more than ready for the transition.

Step 1:  Listen to "My Guy" and discuss the questions listed. 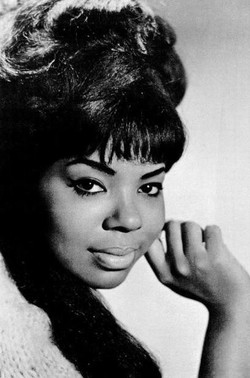 Excerpt from Lyrics for “My Guy” By William “Smokey” Robinson

STEP 2:  View the video of your assigned artist ONLY.  Compare that video with the Mary Wells video AND answer the questions on the handouts provided.  Please write all answers on a separate piece of paper.